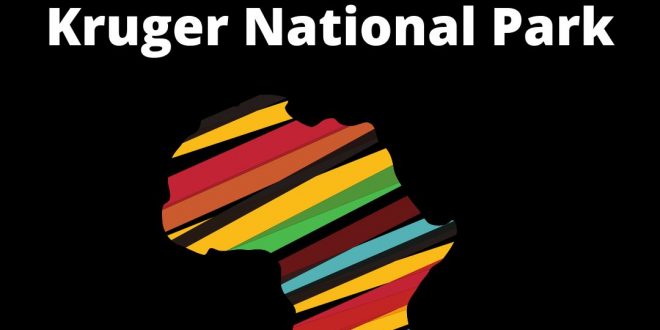 Kruger National Park, South Africa’s first national park, has been ingrained in the national consciousness for as long as anyone can remember. The name alone conjures up images of sizzling braais and campfire stories, dog-eared maps and inviting dirt roads, and elephants that are always too close for comfort. Many consider it to be one of the best game reserves on the planet.

The park hugs Mozambique’s northeastern border, covering an area the size of Wales. And what about within its borders? The Big Five (lion, elephant, buffalo, rhino, and leopard) are so numerous that even a first-time visitor can check them off their list by lunchtime, and there are plenty more. Here is our Kruger National Park beginner’s guide.

Why should I visit there ?

Kruger National Park provides something that most others do not: the opportunity to create your own safari. Many African national parks are only accessible to those with deep pockets, but Kruger is accessible to all thanks in part to its reliable road network. You can do it in your own car, at your own pace, and in your own way for a fraction of the price you’d pay in many of Africa’s flagship reserves – and nothing beats seeing a lion up close. This is it: a simple, authentic bush experience.

When should I go ?

The dry winter season (May to August) is ideal because the bush is sparse and animals congregate around water holes, making them easier to spot. Temperatures rarely rise above the late twenties during the day and can be downright chilly at night, giving you a gentler introduction to the otherwise scorching African climate.

However, there are advantages to visiting at any time of year. In the summer (November to December), for example, the bush is lush due to heavy rains, the bird population skyrockets, and many animals are pregnant. A hyena cub doesn’t get much cuter than this.

How do I see the park?

You could take an organised tour in an open safari vehicle, but renting your own car gives you far more freedom. Explore at your own pace, stopping to tackle a muddy loop road or visit a water hole whenever the mood strikes you. Many animals, including African wild dogs, can appear at any time and in any place, and finding them often requires more luck than skill.

There are a few things you should know about your car. First and foremost, you’ll need a credit card to rent a car in South Africa – a lesson you don’t want to learn the hard way. Next, choose height over style, as taller vehicles will provide a better view over the long grass. Four-wheel drive is desirable (though not required), as is air conditioning. Finally, get the best insurance you can afford because you never know what will happen if you run into an elephant.

Is it really dangerous?

Keep in mind that you are driving in the presence of wild animals. Stay in your car, keep your windows up unless you’re looking for a furry passenger, and make sure you follow all other park rules.

Give big game, especially elephants, plenty of space, turn off your engine, stay quiet, and never get between an elephant mother and her calf. If you see an elephant kicking up dust, flapping its ears, and trumpeting, back away slowly because they can flip cars. If you follow these rules, you will almost never get into trouble.

Got it. Any other suggestions?

Avoid being overly ambitious with your itinerary; Kruger is massive, and distances can be deceiving. Allow at least five days in the south and ten days if you intend to travel further north.

Slow down when driving – a car crawling along at 15km/h is the mark of a Kruger veteran. Search the long grass for a flick of an ear or a swish of a tail, and listen for anything out of the ordinary, such as the crunching of grass underfoot or an alarm call. It also helps to know where to look: lions frequently nap in the shade, whereas leopards are unlikely to venture far from cover.

What should I not overlook?

A walk in the woods. This is one of the few chances you’ll have to explore the long grass on foot – accompanied by a professional guide, of course. You’ll gain a better understanding of the park’s flora and fauna, and you might even see some big game.

If that sounds too daring, consider taking a guided game drive early in the morning or late at night. You will have the opportunity to see nocturnal animals such as genets, civets, and owls that you would not normally see (as self-driving is only permitted in daylight hours). To book, contact any of the main camps.

The south of the park is ideal for first-time visitors because it has the densest population of big game, and there are some must-do drives here. The first route from Skukuza camp to Satara is to watch the sunrise from the bird hide at Lake Panic, then head north through the southernmost baobab tree. Turn onto the S100 just before you reach Satara; the park’s legendary white lion is frequently spotted here.

The route from Lower Sabie to Tshokwane Picnic Spot is also recommended. The road climbs steadily until you reach Nkumbe lookout, where the savanna stretches out for miles below you. This is one of Africa’s most beautiful views.

What should I do?

There are 24 fenced rest camps with lodging ranging from basic thatched rondavels with communal facilities to luxury bungalows.

Satara is located in big cat country, and its circular clusters of rondavels are especially atmospheric at night, lit by the glow of the braai. Skukuza, the park’s headquarters, has the feel of a small town, while Olifants has the best view, looking down over the Olifants River.

Try the tents at Letaba, which is set deep in mopane forest, or Tamboti, which is visited nightly by honey badgers and genets, and hyenas frequently prowl the fence. If that isn’t thrilling enough, book a stay at Sable or Shipandani after hours.

How do I make it happen?

Accommodation in Kruger sells out quickly, especially around public holidays, so book several months in advance. A daily conservation fee is also required. This quickly adds up, so if you’re staying for a week or longer, it’s worth investing in a Wild Card.

Previous Women’s Western Boots: Things To Consider Before Buying
Next The 5 Best Hiking Backpack For Your Toddler 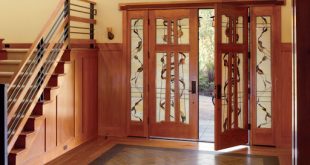